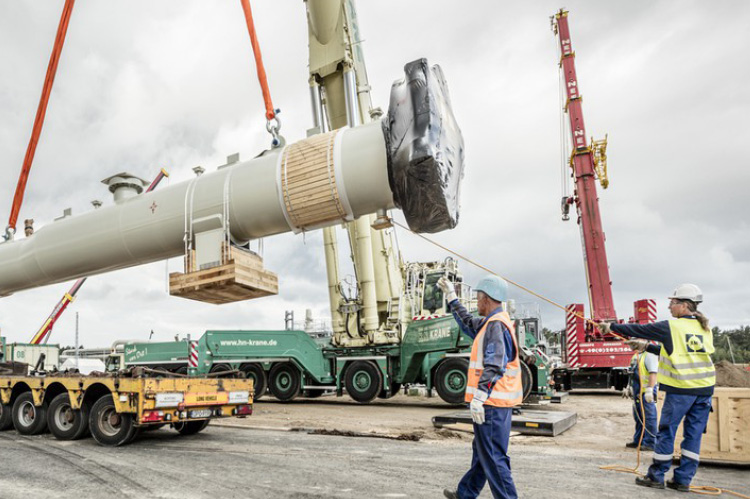 Facing the prospect of punitive US sanctions, 18 European companies have suddenly ended their participation on the completion of the Nord Stream 2 gas pipeline project. Their decision to withdraw comes in the wake of the US government actually applying (as opposed to threatening) sanctions on the Russian pipe-laying ship Fortuna and its operating company, KVT-RUS. Once the United States had actually taken this ultimate step 16 of the 18 European companies stopped all their Nord Stream related activities, presumably fearing the destructive application of sanctions on their companies. A speaker for the German Committee on Eastern European Economic Relations said in several cases the US government directly contacted the European companies, exercising direct pressure to induce compliance with American policy goals. This information was provided in a special report to the US Congress on the status of sanctions and their impact on the progress of Nord Stream 2. Two German firms were also on the list of the 18 European companies which had left the Nord Stream 2 project: Bilfinger and Münchner Re (Munich Reinsurance Company), but they both were keeping pretty reticent about the affair, with Bilfinger merely stating that its work was completed. Similarly Den Norske Veritas Germanischer Lloyd,, the international accredited registrar and classification society headquartered in Høvik, Norway, announced that it was ending its certification activities associated with Nord Stream 2. The German government maintained that, despite the prospect of ruinous sanctions as well as the demand of the European Parliament to end the project after the poisoning and subsequent imprisonment of Russian opposition leader Alexei Navalny, it would not give up on Nord Stream 2, which has little more than 100-km of the pipeline left to build before it is completed and put into operation.

PLAN is a not-for-profit professional body whose membership includes a wide range of Nigerian and International stakeholders and keeps its members abreast of all that is happening in the Nigerian oil & gas sector and the industry at large.